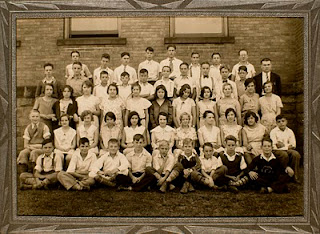 These small high schools are housed in old buildings that have been restored rather than demolished, saving resources. (As Polly Bart, a green builder once said to me, the greenest way to build is not to build but to use what you have.) An old building also connects students with the past. Maybe some of what the students do is study the history of their buildings and the community around it ... 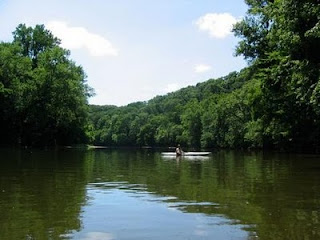 In a talk on Colonial Maryland I heard once, I learned that in the early days, water was the main means of transportation. The colony was so densely wooded, clearing lands for roads was difficult. The big farms and plantations backed to rivers so that goods could be shipped in and out easily. In the 19th century, the Jones Fall canal ran into Baltimore from the north. Today, it's a highway.

The idea of traveling around Maryland on the many waterways that crisscross the state captured my imagination. What could be more peaceful--or green--than floating down river to one's destination enjoying the warm sun and the song birds?

Of course, as I pictured this beautiful scenario of small schools and river barges, reality intruded. Not everyone, I remembered, would want small schools. Many would still clamor for the large institutions. Well, I thought magnanimously, let us build one or two large high schools and admit those who qualify. But if students need to qualify--to show they can be successful in a school without individual attention--then those schools will be come the desired elite prize. Students in smaller schools will feel lesser. And then, with or without the big schools, the small schools will start competing with each other and a hierarchy will form, with some schools more desirable than others ... and people will start to move into those school districts ... or if we do away with school districts, the richer parents will start paying for tutors to help get their children admitted to the best schools ... and we will be back to the starting point.

As for floating down rivers in holy solitude with the sun shining through the leaves and the bright blue dragonflies landing on our knees--wouldn't such isolation invite piracy and crime? Look at what happened to Huck Finn and Jim--they were faced with a constant run of charlatans and shady characters as they floated down the Mississippi. And wouldn't people who weren't thieves nevertheless insist on stealing the serenity with loud motorboats to get places faster? Wouldn't collisions, accidents and drownings start filling the news? What would happen when the rivers froze?

And yet ... despite people with all their problems of ambition, the drive for superiority, the lust to get rich quick even if it means crime or to watch one's child triumph over the rest ... we know we can build a better world because every once in a while we do. At least two people, old now, have spoken to me of the day Martin Luther King spoke on the Washington Mall. Something happened that day that was so important that people remember it for a lifetime. Olney Friend School stays quietly alive. The Catholic Worker movement, started during the Depression, feeds and houses people, capturing the imagination of thousands. St. Francis preaches to the birds, dances joyfully and gives his money to the poor. George Fox has a vision on a hill and gathers a people to serve God. Jesus preaches the Sermon on the Mount. We hang on for centuries or millenia to these glimpses of the Kingdom of God breaking through into our world. Often I get depressed as I read the newspapers and think the forces of evil are taking over ... so I ask, are there other examples of alternative kingdoms alive around us?
Posted by Diane at 7:12 PM